How we got detached from life? Philosophy today find itself in a battle with one particular aspect of the mind: thinking. When I speak out my thoughts in a conversation, I need to be particularly aware of how much I speak from lived experience, and how much I let my thoughts wander off to their vastness. There is a difference between philosophy based on thoughts or philosophy sprung from lived experience which is then communicated through words. Yet, when I enter into a conversation with people, I can sense that usually in about 15 minutes, someone in the company will draw back and retreat from the conversation. “It is too much philosophy!”

I can’t recall a collective or global cultural moment when philosophy became an unpopular or tiring activity, but I shall investigate it in more detail. Because there is one great loss if we loose philosophy, we might lose the modes of exploring existence, asking ontological questions, and understanding our own nature. At best, that is what the word philosophy itself originates from, philosophia “love of knowledge, pursuit of wisdom” from philo- “loving” + sophia “knowledge, wisdom,” from sophis “wise, learned”.

There was a moment in our civilization when a parallel reality emerged with redefining philosophy as the discipline of dealing in rational speculation or contemplation. And even though in academia there is a differentiation between the philosophy of language, philosophy of dance, or another example would be philosophy of politics or history, traditionally, there was six branches of philosophy: ethics, aesthetics, logic, metaphysics, epistemology and politics.

In this overly divided world, Eastern and Western philosophy would not be understood the same way, and even though they continuously influenced each other, as part of a cultural and political identity they are considered within their own context. However, there is an ever greater and secular question to ask in regard of all these separations.

In my practice, philosophical questions and even all that emerge as unknown in the everyday life, let it be the problem caused by an illness, a personal crisis, the loss of work, or simply daily stress, all of these are empirical problems to which we seek solutions. And so, let me put it this way, how can one find an answer to a problem if the nature of the problem’s existence is unknown?

How do you know that if you have lost your job, stress and survival instincts emerging as a side effect, or looking for new job in the same area is the answer to your problem? The rational logic would say, because that is how existence is sustained, because that is what I know to do. And in the latter part, immediately arise the question, is it really what you know to do or is it what you believe or think you know? Can you spot the difference?

In this regard everyone has their own philosophy and yet, even though we have a similar biological body, we have incredible varieties in our species. We know and accept that we all have a body with organs and a biological organism, and when it comes to the mind, to thinking or emotions we turn to diverse beliefs and understandings about them.

Secular philosophy meant to integrate Eastern and Western philosophies to again come to a common understanding of what are thoughts and emotions are.

In my practice, thinking is a sense, and so are emotions. They are more subtle senses then sight, smell, taste, touch or hearing, although one might argue that these senses are subtle as well in their nature. In this regard, I enter the philosophy of the mind. And that is what I have been naturally drawn to since I was born. Even as a child I had ontological questions regarding the mind, arising purely from sensation and observations I had. What is the mind and how does perception work?

Thinking and emotions are all the colours that make us different. I had a great puzzle at the age of 9 about unique, subjective perceptions people have on reality and on each other. I was seeking philosophy that provides answers or at least methods to explore the mind. This is an archaeological, or socio-cultural anthropological work. It is to understand and explore who we are. Archaeological as from Greek arkhaiologia “the study of ancient things; and anthropological as from “science of the natural history of man,” 1590s, in Aristotle, anthropologos is used literally, as “speaking of man.”

So, philosophy I might sum up, is the science of man’s wisdom.

It is this exploration of wisdom that I invite you to participate in, the wisdom to which secular philosophy is the method and life is the tool to live. 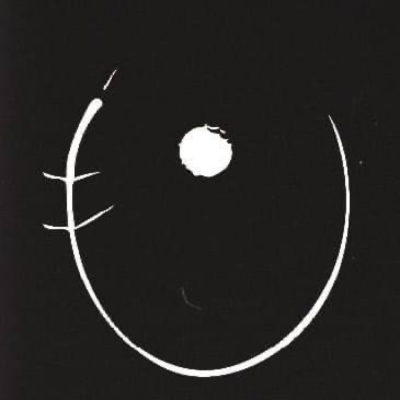